Cal Guirre is the second mill you can visit. It has been restored and adapted for the visits since 2015. It is an architectural group formed by the mill, the smithery on the ground floor, and the sawmill in a building beside the smithery. In front of the building we find the shed where there is the carpenter’s workshop, necessary to work as cart makers, as well as make handles for the tools of the field, clogs, treen finger protector (esclopets), troughs, and all kind of wooden tools which were necessary for daily life. On the upper floor we can also visit the home where the last millers lived, with the fireplace, the living room, the bedrooms… here, for some moments, we can picture how the inhabitants of this valley lived just a century ago.

A LITTLE BIT OF HISTORY

At the end of the 20th century, specifically in the 80s, the two last mills that were still in operation in the valley stopped working, the one from ca l’Ambròs and the other from cal Guirre.
In 2012, the project of the Ecomuseum of La Vall d’Ora takes a step forward to recover the sawmill of Cal Guirre and, seeing the amount of tools that they had available, they thought about the idea of recovering the history and la life of the valley and its articulation with the river and the salt path as structural axis. This period reached its end in 2015 when they restored the mill, the smithery and the home placed in the upper floor in order to turn it into a museum to perpetuate the memory of this stage of our history.

THE HUSKER AND THE FLOUR MILLS

The husker was used to remove the husk from the grain, which was previously soaked in water, to be eaten, normally boiled. . ‘Blat escairat’ (Corn stew) was a common dish until not so long ago.
In Cal Guirre the mechanical power from the husker was the one that, apart from husking the grain, operated the drive shaft, a system of axis, pulleys and straps that enabled to start up the two flour mills and the rest of the machinery: the flattener, the trepan machine, the grinding machine, the wheel and the blowpipe of the smithery. At the beginning of the 20th century it was adapted to also produce electricity.

Together with the mill, there are also other associated workshops which also take profit of the hydraulic power, such as the smithery. The smith is the artisan who works the red-hot iron to shape it. It is necessary a hearth, a system of air to stoke up the fire, anvils and tools to hit with. Farriers and nailers were some of the craftworks associated to this job.

Around the mill, the smithery and the sawmill, they worked and used a lot of tools which were also produced in Cal Guirre. Most of them have been preserved in good condition.

You can visit it completely, the kitchen with its fireplace and all the kitchen utensils, cupboards stuffed with liquors from that period, medicines and other curiosities, the living room and the bedrooms with all the furniture in them, the books, the clothes, etc. from that period. 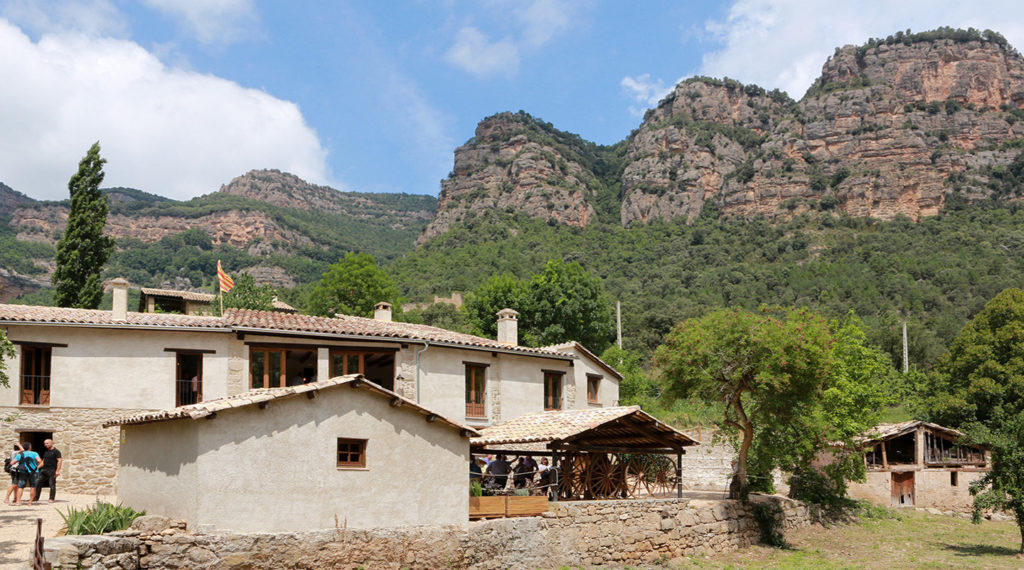 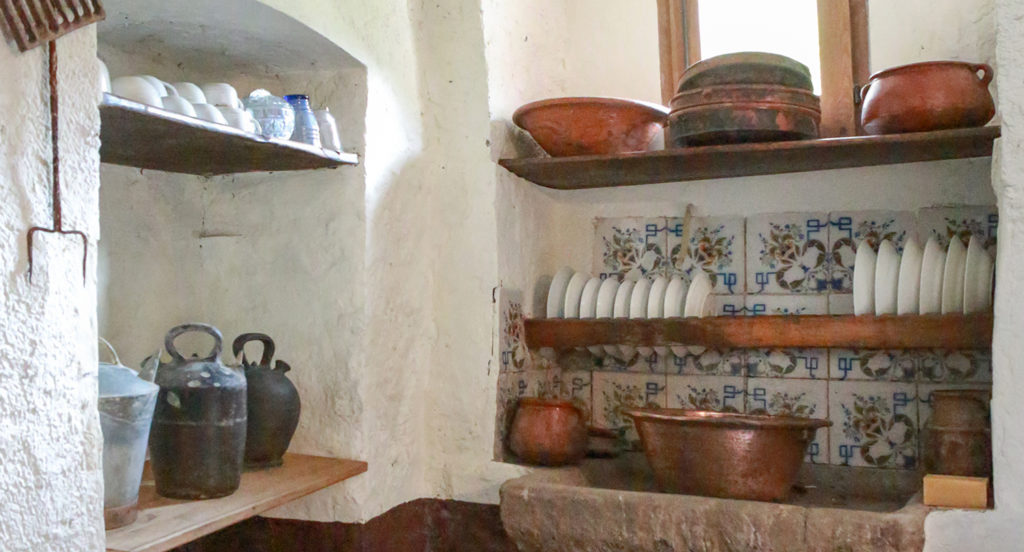 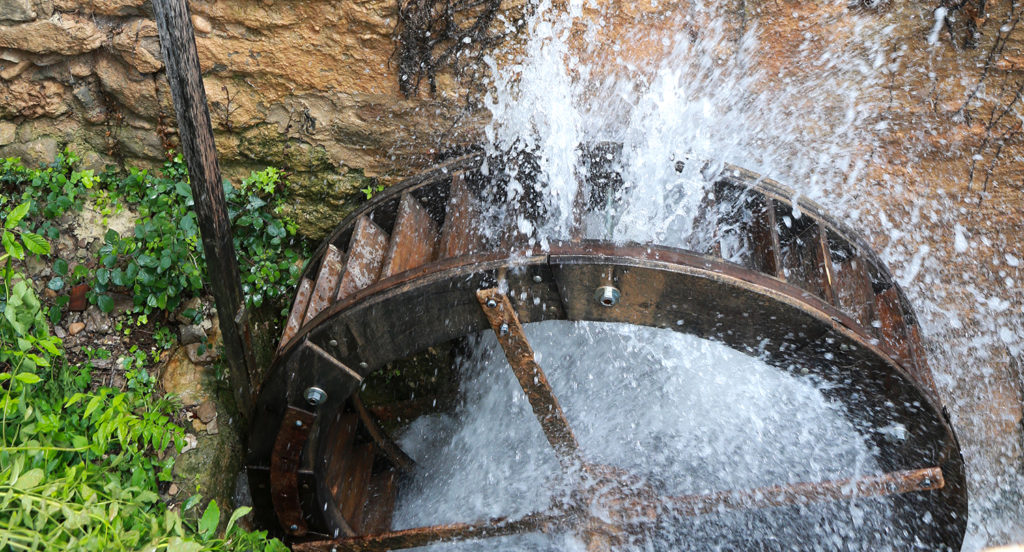 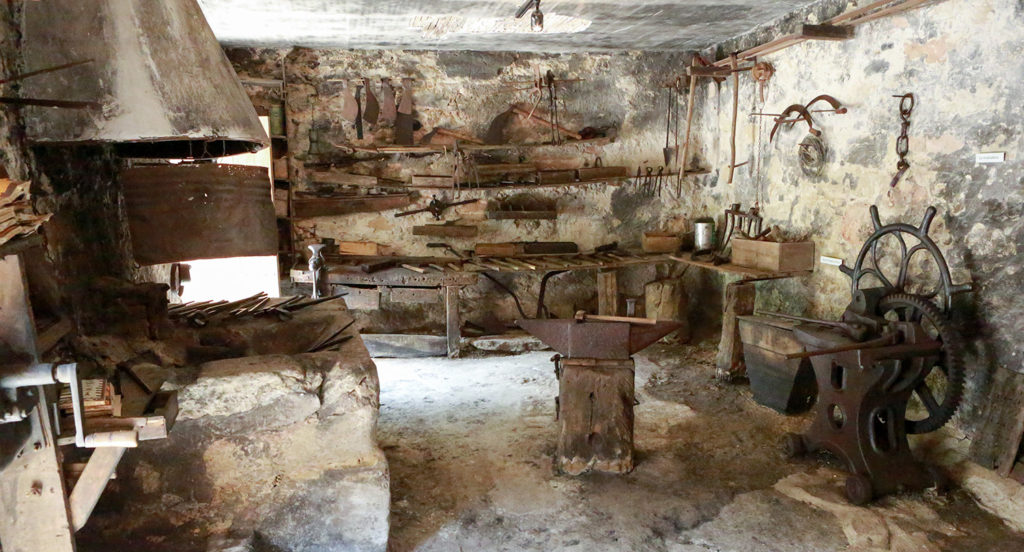 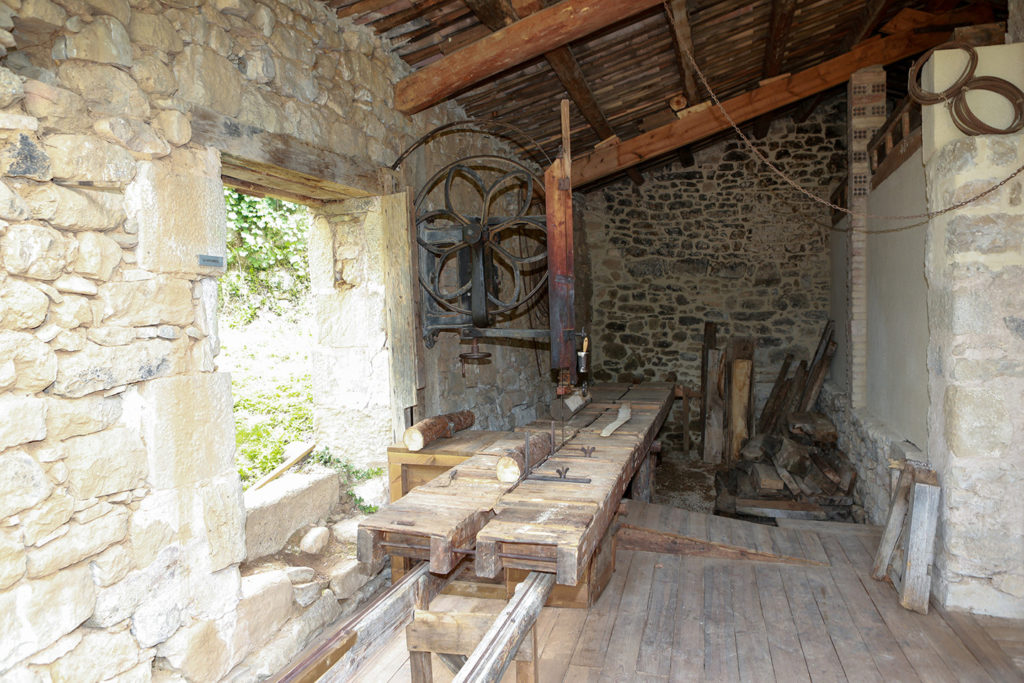 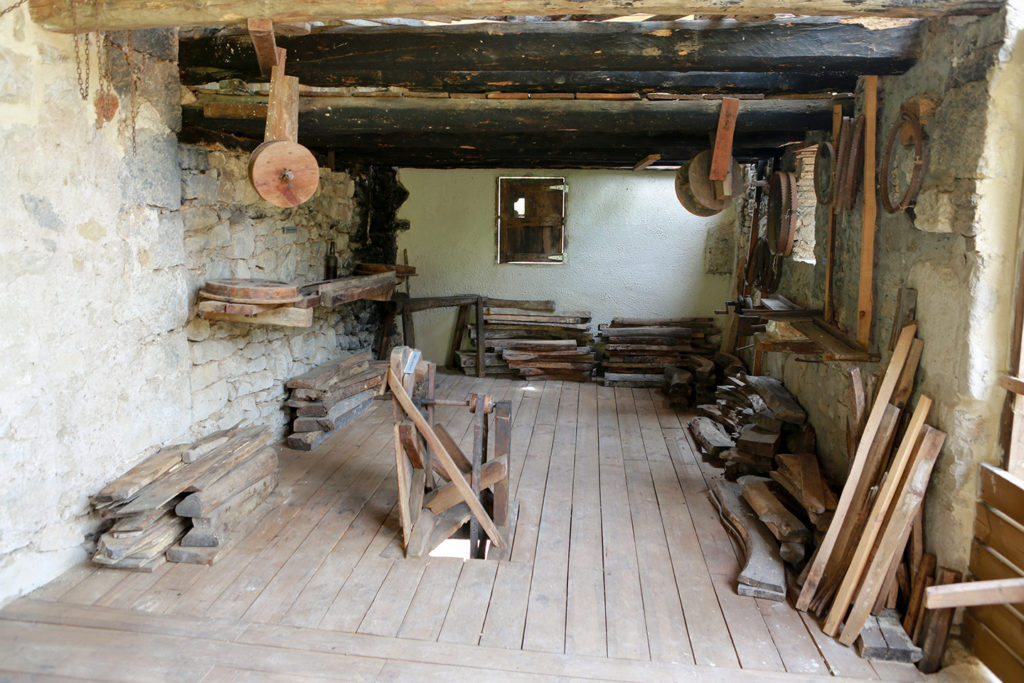 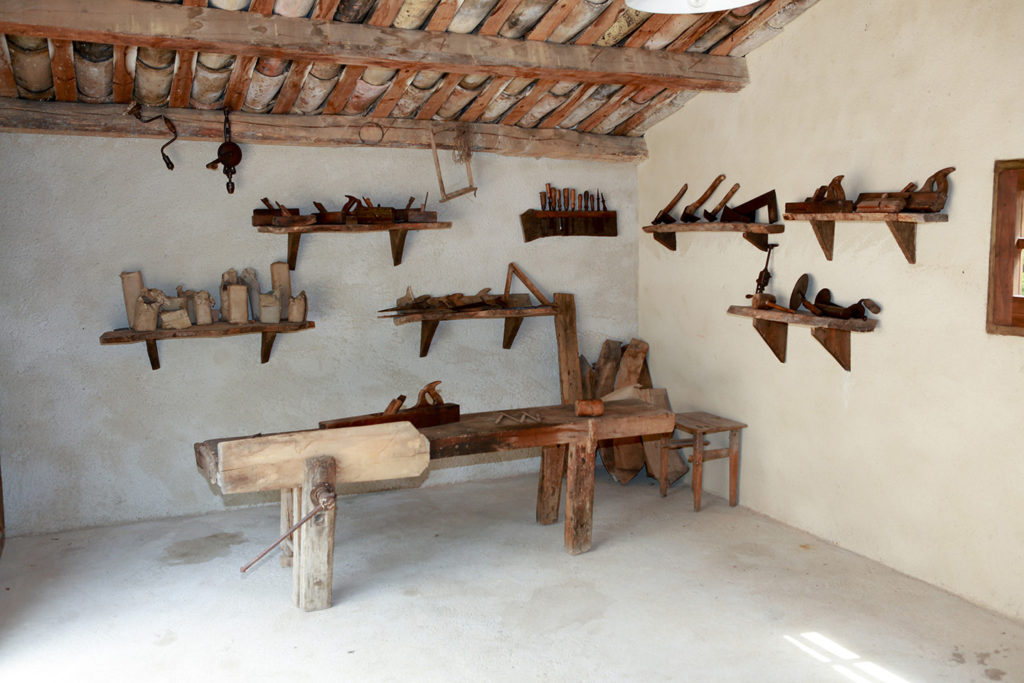 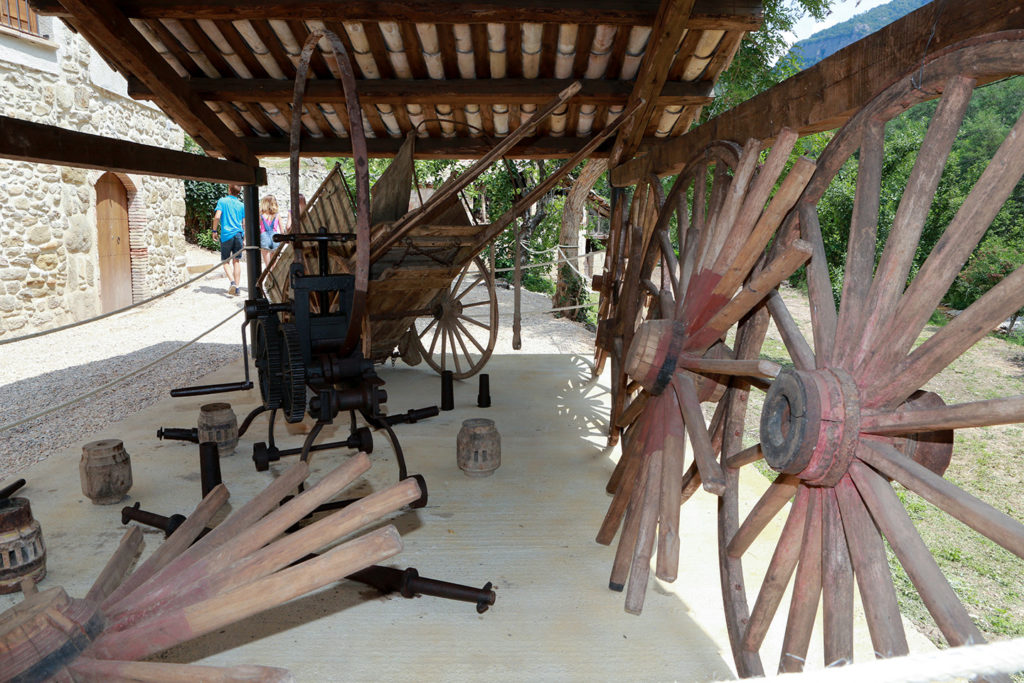